Home Is Where the Mix Is
When mixing and composing at his studio in Hoxa HQ in West Hampstead London, Ramazanoglu has a regular setup that has been carefully set up to his preferences, a Pro Tools HDX rig with an 8x8x8, UAD Apollo 8P Interface and PMC 228 monitors as well as a large selection of outboard, analog reverbs and effects pedals. Despite doing much of his work here however, he has increasingly found himself tracking and mixing on-the-go and having to deal with the mix translation issues that sometimes come with switching studios.

“Each studio space sounds completely different,” Ramazanoglu explains. “When you record in a room with a lot of problem areas and then take it somewhere else to mix it, there can be issues that weren’t audible at the time.”

Needing a mobile solution that could be trusted in any of these spaces, Ramazanoglu added Reference to his workflow and immediately noticed the difference. “It was amazing from the first time I plugged it in,” he says. “It gives me a neutral portable listening environment that is incredibly practical and can be used anywhere.”

For Ramazanoglu, ‘anywhere’ can take on many forms, he’s found himself working on planes, trains, buses, and even hotel rooms. Reference’s calibrated headphone profiles have allowed him to mix with confidence no matter which of these spaces he finds himself in. “It really removes fear of the unknown in these situations,” he says, and referring to the vast array of more than 250 supported headphone models, he says “No matter what pair of headphones I happen to be using, the calibration profiles make them all level and usable.”

A Mobile Solution
That usability extends to using Reference’s room calibration software to bring that slice of home with him to even the most luxurious spaces. For instance, when working on Noel Gallagher’s album Who Built The Moon?, the initial tracking was started in London’s spacious The Pool studios. “I much prefer my room’s monitoring to most other places,” Ramazanoglu admits. “So being able to get other rooms in line with that by trimming or boosting the corrected signal has helped standardise these difference places. It’s a real lifesaver for me!”

Completing the software-aided 37-point measurement with Sonarworks calibrated measurement microphone in both locations allowed him to work confidently once he returned to Hoxa for overdubs and mixing and allowed him to get back to what he cares about the most: making music. “I don’t want to think about room correction when I’m working on a track,” he says, “So being able to do all of this, and then activate it with a single click and have it work in the background is simply amazing.” 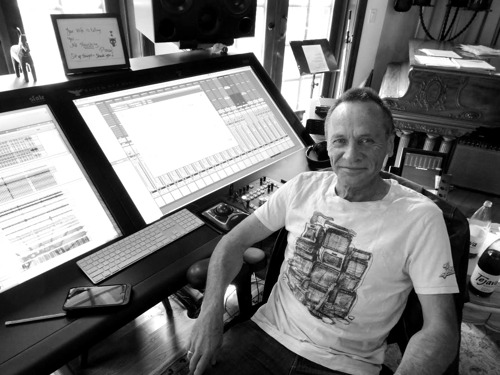 Sonarworks remains an indispensable tool for Needham, who maintains a world-class monitoring infrastructure at each studio

Reference 4 Studio Edition, iZotope Neutron Elements, and Mastering the Mix Reference for only $299 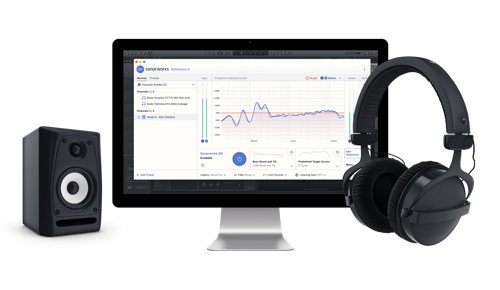